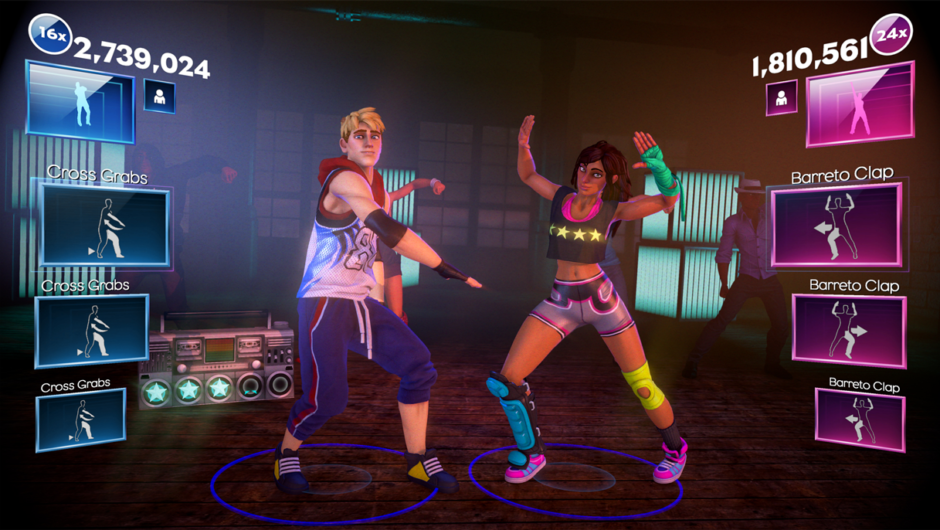 Swing your hips, clap your hands and have fun. While Dance Central might be a bit conservative in the learning lessons, it is much more fun and accurate than dancing on a mat or with a wii mote – thanks to the Kinect sensor, that you have to use with this game.

Putting in Dance Central (official website) for a few hours at a girls night in the home was quite entertaining. The girls I had over, don’t play any games, apart from the usual Farmville and the likes, still they thoroughly enjoyed the evening, and they didn’t have any problems in navigating the game.

The evening started with a nice dinner, a bit of talk and catching up on what was going in our lives. I had planned a little surprise, but I had to find out a sneaky way to introduce them to it, or they might end up not even wanting to try it out. Lucky enough, one of the girls goes to dance classes, and I took that to my advantage since it was easy to find a way into the subject.

After talking a bit, I told them a bit about the Kinect and how it worked, and the excitement was unexpected and delightful. We made room – usually I sit on my couch for gaming, so we had to move that to the side – I heated up the xbox and threw in the game. Then I did a short introduction, the girls and I started to unlock the different songs via the break it down mode, taking turns.

So what is Dance Central?

The break it down mode in Dance Central simply takes you through a few steps at a time, teaching you the different moves you have to use in the full song. My biggest let down with this, is that if you fail the step three times in a row, the teacher onscreen automatically jumps forward to the next step, choosing to not teach you the step. While this keeps a certain pace in the game, you might end up trying the break it down mode several times before you can make that one move.

We then tried the battle mode, and it was by far the most entertaining one, when you are playing together. I expected to be last, and I was a few times, but I did better than I took into account – as I had been playing the game a bit alone, I wasn’t totally lost, but I was not in training, I tell you that. The battle mode takes the players into combat mode. Simply, taking turns during a song, and the player with most points – aka. the one who can do the moves onscreen best, wins.

There’s no campaign mode, and I do think it could have been cool to raise your level and skills from dancing on the disco floor and winning your campaign by earning a spot as backup dancer for someone famous. For the rest, the game feels pretty flawless made, it looks great, feels great and it is both entertaining and challenging all at the same time. Everybody with their limbs and muscles intact can make a go for the steps, as the game starts out very easily.

Exhausted from all the dancing and laughing, we sat down and got a few drinks, reflecting over the game and the evening, talking about future gaming nights. Seems like I don’t have to work on these achievements alone!