The game industry is not doing themselves a favour 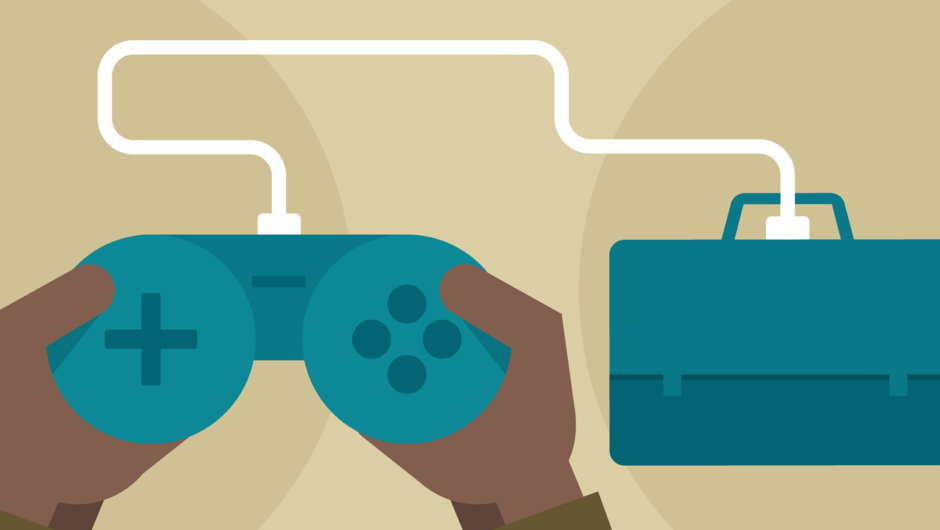 Gaming has gone mainstream, and the result is a boom within the industry: Now it has a problem in huge competition within sales and development, including making it easier to release on what used to be more closed platforms. Demanding gamers and degradation of games worth is not making it any easier. All of this is putting pressure on the game industry.

Let us compare with a feature movie. A typical ticket for the cinemas here where I live has raised from 85 to 100 DKK (danish kroner) within the last year for a normal length movie with no extras. That is 2 hours entertainment. If you buy the movie on bluray, is the premium release price 230 dkk. Assuming you are gonna watch it on disc three times and possibly the added content, best case scenario you have 8 hours entertainment. The biggest games is selling for about 500 kroner in the release period and easily give the player 50 hours of entertainment.

Let’s break it down to hourly money spent on the entertainment. These prices is of course without all the extras such as popcorn and soda for the cinema, the TV and the player for the movie on disc or the console for the game.

In this comparison games are cheap. But the game industry is still the sore loser as they only have one timeslot where they really can earn on per copy sold, and that is in the release period which is around 3 months from release and forward. Movies earn money continuously as they get license money from cinemas, then from physical sales and from then on from being aired. Music earns money from concerts, physical and digital sales as well as streaming and radio, not to mention music rarely gets completely expired, so there will still be sales down the road. Games only have income; when stores buys copies to sell. And stores only buys when theres a demand. Even then a majority of the games price takes a deep dive after only 6 months. Why is that happening?

It’s a subject thats equivalent to beating a dead horse. And it is the most obvious one too. When a person gives or sell their copy of the game to another, you can argue that the developer is losing a sale, thus money. Many of these gamers would not buy the game, at least not at the current pricepoint. I don’t think they would mind if a gave one of my old games to my brother or try to make a sale to get some of my money back – but I completely get the issue they have with companies who earn a ton of money on their behalf. Such as Gamestop. And the game industry aren’t getting a cent from the sales that Gamestop are making. Unfortunately they still rely on Gamestops backup when new games gets released as places such as grocery stores limits their storage of games and the gamers are not going to electronic stores to buy games. The exception here is grandma buyig a present or dad grabbing a title now that he is in the store for something else.

The game industry’s answer to this was the “Online Pass”. Basically it was a part of the game that the developers took, and from what I experienced it was never an essential part and locked behind a form of DLC. Typically it was access to online parts but it did happen to be other stuff too; one example was Batman Arkham City which had a code for the Catwoman DLC enclosed. The first user of the game is typically redeeming that code effectively forcing later players/owners to either support the developer by buying the Online Pass or simply not access the extra content.

.. is fantastic. For the industry and the consumers a like in many ways. It is easier for the publisher to release on a digital platform, as there is no physical transport to handle nor is there any limits on copies available. I believe Steam is causing issues on other areas. Physical stores may be lowering prices on older titles to get room for newer games, but the fact that the games are digital on Steam is making many consumers wanting the prices to be cheaper – and Steams wild sales and relatively fast price drops do not help in this matter. It degrades the real value of the game and consumers expect more for less.

You will in most cases proclaim that “the more the merrier” or “the more compitition, the better” but the fact is: the game industry is oversaturating itself, being mainstream or not. One example is a racing title with great weapons and a huge online part (red. which turned out to still be live and well 10 years later!) and a great presentation not to mention a huge promotional push. That game was selling so bad that the developer got shut down a few months after release and the game was thrown in the bargain bin within a year. I am naturally talking about Blur, which released in 2010 – Split/Second which had a lot of similarities got released the week before but that game did not sell well either. Modnation Racers which also had a huge promotional push did not sell well either. What happened to these fantastic games? Two big and very anticipated titles which combined sold 20 million copies (source; vgchartz) released that month. Mario Galaxy 2 and Red Dead Redemption. Easy conclusion: the compitition between these two titles took the attention.

On top of this it has gotten way easier to release a smaller game – which is fine for the individual as it gives a chance to get on the market. But that returns us to the actual problem. Saturation. People still want games but now theres just so many games getting released all the time, thus decreasing the demand for each game: Square Enix announced that the sale of Tomb Raider and Hitman: Absolution did not hit their expectations. You could of course say they were biased and thus expected higher sales numbers. This shows a market where many consumers has enough games. Then there is the subject of “backlog”, which is unplayed games in gamers hands: They simply can’t get time to play them all. It is not surprising that the consumers can wait a few months for a price drop, as they have a bunch of games to play already.

Many smaller developers does not have the foundation to make a new game a reality – until around a few years ago, they were required to impress investors or a publisher to sponsor the development. With the internet, crowdfunding got a thing and if enough people heard about the project and it was interesting, the game could get sponsored that way. Or starting the sales before the game is truly complete via Early Access on Steam. Both really great for the smaller developers as they can compete – but it undermines the industry as a whole.

By far the majority of the games from the big developers with big budgets have something truly new and innovating to play it safe – that makes it kinda easy for gamers to wait for price drops as it’s something they’ve tried before, especially within the same genre. Let’s not forget the debacle that some consumers want more variation and feels the developers are taking ideas from each other. That is inavoidable, so of course they do. Also, let’s look at the facts: Nintendo Entertainment System or NES for short got 800+ games released, and the Xbox 360 has 1.100 titles as of writing (soruce; wikipedia). To top it of, two popular and newer titles are not on the list: LocoCycle and Castle Crashers, so we can assume download only titles aren’t even counting. To make guesstimate; The console launched in 2005, nine years with fithytwo weeks and two new titles arriving each week, that makes for 930 or so downloadable games. That makes the X360 having more than double the titles than NES. Todays gamers also often have more than console and maybe also a gaming PC. That broadens the library even more.

I am not too happy to admit this, as I have enjoyed a lot of the indiegames: they are not purely an evil thing. Lots of gamers claim the prefer indiegames over the big triple A titles and these indiegames absolutely deserve the praise they get. Problem stands: they are still taking space and even that more games are being bought than ever, many developers and publishers are still saying they aren’t selling enough.

Too many developers equals too many games. Consumers do not have the economy nor the time to get to all the released games within their field of interest – effectively forcing people to choose between games. It will often end with the cheaper option and indiegames are often priced cheaper than the big titles, or they are waiting a bit longer for a price drop that happens a couple months after release. Developers and publishers have to look out for when other games comes out, and even then it is not always enough. There’s simply too many games.

This is why Adblock is so popular