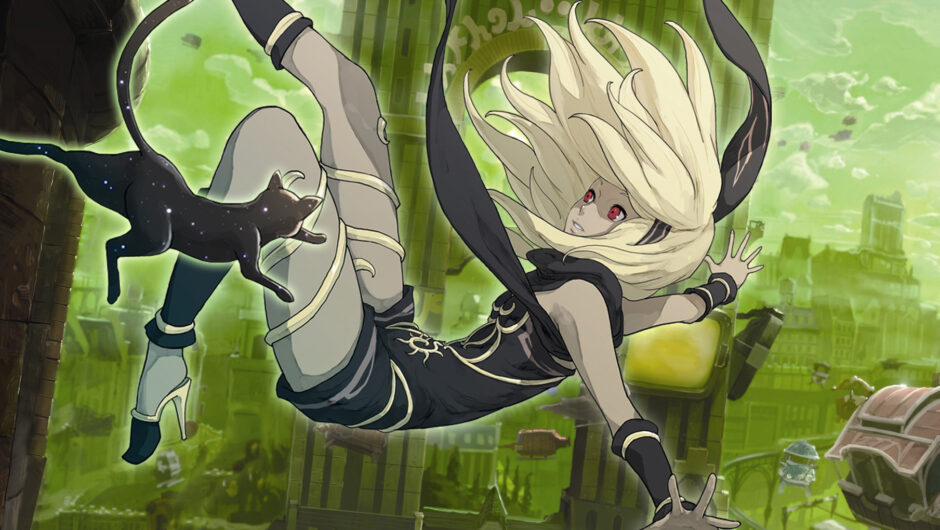 Experience a world with no bottom, around a tree, and everything is getting attacked by curious gravity storms. You have a challenge ahead of you to save a whole city from an invasion. Test your gravity skills with Kat and her cat – now on the big screen.

As Kat, you take on the responsibility to save the inhabitants of Hekseville which has a lot of them – for a city that floats in the sky. Gravity feels weird when you look at how people get transported, and you will get surprised over the diversity in the world – including a lot of recognisable things form the world we know.

With schools, entertainment districts with clubs for adults, industrial districts with big factories and lots of habitats not to mention big squares with fountains and booths. You wake up amidst all this without a clue who you are or where you are. As the story unfolds, you get the nickname Kat from friendly people yopu meet on your way, on the behalf of your friendly companion, a cat. You have no home, but discover a place in the sewers – your first few missions is helping you find essential stuff for your home. After this, the real story begins.

A couple hours in, Kat figures out that big parts of the city is missing. You meet Gade which tells you about his secret and that he is the only one who can help you save the city. It is now your responsibility to take on that challenge with your special powers.

The game is just as fun in this new upgraded version as it was on the handheld original – and gives the gamers who don’t own a Vita a chance to experience this amazing game. You can alter the gravity on Kat and the surrounding debris by using the cats powers and as progress through the story you obtain more powerful moves to fight the enemy.

Activate zero gravity, use right stick to look around and use this to aim in the direction you want to “fall” to – even if its up. This control scheme does feel a little clumsy and you will be hit a lot by enemy fire. You might as well get used to get shot while attacking so your best option is just to resume the move immediately as any damage from enemies will put your move to a halt.

The game also features quite a few RPG elements such as upgrading your powers and health. I will recommend upgrading health first which gives you better chance to survive all the attacks. To get upgrades and challenges (and to help the city by activating different districts) gather as many jewels as you can – these can be found anywhere, including below the city. There’s lots to find, but just experiencing the story is amazing.

Gravity Rush has a lot of fun challenges and sidemissions which adds a lot of gametime. Sidemissions is actually the expansionpacks from the original and expands on what Kat was experiencing during her stay in Hekseville based on memories.

The challenges are short for what they are… challenges. Get from A to B within a timelimit, defeat enough enemies to get points and the likes. Surf, jump, run,fly and fall through different areas of the city. These are not mandatory to experience the story about Hekseville and Kat but are fun and light features to break up the heavy battles through the story – or to expand your gametime after you are done with the story.

There was a few things which annoyed me during my playthrough. One of them was fine on the original version for Vita, which the developers decided to keep. Motion sensing. For a game on a stationary console it is completely useless unless it’s used as a small challenge. Motion sensing seems to luckily be limited to the pause menu and the save/teleport menu to look around. It has no use at all.

The sidecomments from Kat ended up getting to me. Obvious things is obvious and don’t need to be written or told, at least not right away. I am aware it is used as a joke and character trait but it quickly gets old and Kat comes off as a jerk – meeting a citizen with a personal problem which keeps talking is one thing, but when Kat stops the conversation in a rude manner, she comes off as unsympathetic.

The clumsyness of the “fall” gameplay could not be solved without completely alter the gameplay itself or the way of the controls. You need to stop each time you need to change direction and restarting the fall. And if its a bigger change in direction you even need to use time to change the camera angle.

It was great to be back in Hekseville and fall around while changing the gravity – and I still like Kat as a persona alongside her cat. Hekseville looks just as beautiful as it did on the small screen, and it’s pure pleasure to assemble the city, and helping the citizens. It is a bit frustrating getting blamed for whats going on, it ruins the feel of being a hero which would had been formidable for the game. This small input does show some morality that even you do everything right, some people will still see it is wrong. And you don’t know everything about everything.

Hit: Blown up to the big screen as well giving gamers without the Vita a chance to experience a gem of game with unique gameplay.
Miss: Kats obnixious side comments and obvious things and cutting of conversations.
Need: Controls aren’t that smooth, but I do think it’s due to how the game plays rather than decisions on controls.

This is why Adblock is so popular