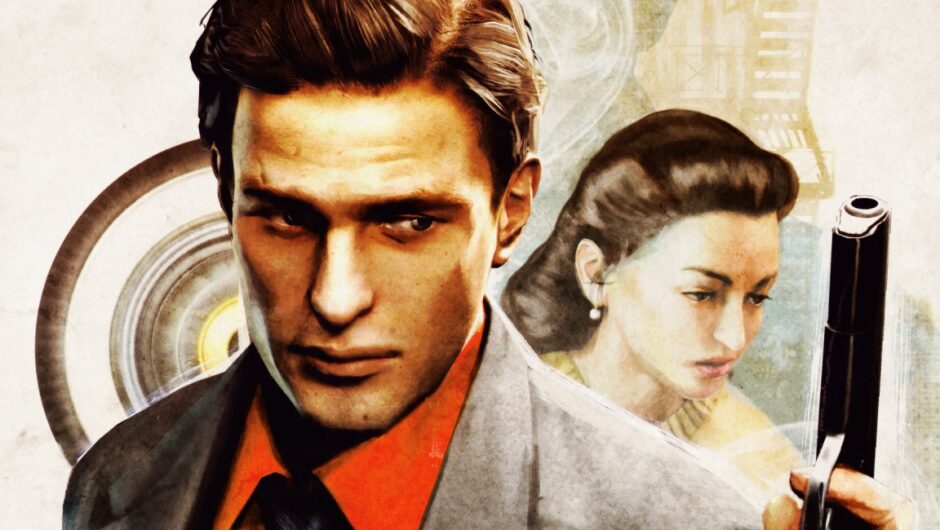 Cruising down the snowy or sun heated road made me wish I were born in the 50’s, because the cars really had personality back then. Instead I have to imagine how it was, and it’s pretty easy when you’re playing a game as good as Mafia II. Though, the missing technology and bullets flying past your ears by millimeters curbs that anticipation.

I like how the story develops, and you are thrown into the action immediately with the first mission, which took me by surprise. You are then introduced to your good friend, the endearing Joe. Your protagonists mum is a loving and caring, very Italian woman, with a big heart and good manners – the fact that the voice behind the character has accent, is just adding to the games authentic feeling.

In the first mission, you are in the middle of World War II, dodging bullets and fighting for the people’s rights against Mussolini. Getting hit by a bullet, Vito – your protagonist – is sent back to America after a long visit to the hospital.
From here, in spite moms wish to get straighten out Vito, he ends up in more problems. And all of it mob related, and not just for money but for survival.

Mob shenanigans in the 50s

What I like the most in this game, is the story and change of environment, making it very authentic – the story extends over a decade, so in particular the cars and the music changes. The game is all about the story – the cut scenes are long, but they are really well done, and the voice acting is flawless and fun. The story turns unexpectedly a few times, and once or twice it changes the gameplay for an amount of time.

I love the gameplay and how the developers did choose to make it mission-to-mission, so when you finish a mission, you are starting on the next. There is good and bad sides to this. I like when games have a certain feel of pace – but you can still fool around, shooting people and drive like a maniac – you know, the stuff you aren’t allowed to do in real life. If you just want to fool around, the goal and the route on the map in red might get to you in due time.

Mostly, you are driving from point to point, get involved in fist- or gunfights and only on a few rare occasions you will get to do something else. There could be more minigames and variable missions, where you have to do something else than shooting and driving – but the story is so good and intense, that I didn’t care for the minor repetitive feeling I got once or twice while playing the game (other than the trial and error problems I had on occasion).

There’s a lot of covering and shooting going on, and it works really well. Even if you are in cover, a bullet might graze your arm or leg, and you lose a bit of health – and your opponents might even be able to destroy the very thing you are covering behind – if you are hiding behind certain materials, like a wooden table, bullets will still go through, shatter the wood and hit you.

Driving physics might feel a bit sluggish at start, if you are accustomed to arcade racing games, but the cars are heavy, and doesn’t have a lot of horse powers. It is possible to upgrade your cars and customize them a bit, like paint them, change the registration plate and so on. It’s pretty easy to die in the car when crashing and the car can run out of gas.

Not only your character is able to get a wanted level – the cars are able to as well. Driving a wanted car will get you a wanted level when spotted by the police, and you can paint the car or change the plates to remove the wanted level on the car.

I had so much fun playing Mafia II. I got through the story relatively fast, but I was playing intense – it took me three days intense playing, barely 20 hours (and that was including some of the oddball achievements, like drive 125 mph), on hard – which meant 3 or 4 of the missions was trial and error for a few hours, dying heaps of times. I still need to go after the last few achievements, but they don’t seem to be too hard. I would say that’s a wee bit short for a big title as this is, but I am actually relieved – most newer big title games can be quite hurtful to work through, if you are going for all the achievements.

If you are expecting another GTA IV experience, you have to look somewhere else, as this game is different – not too different, but still different. Driving, shooting and movie sequences is basically the same, but the atmosphere and environment is very different. If you love to shoot, drive and enjoy a great story/movie, about 50s mob gangs, you really should not miss out on this particular title.

Hit: Relive the 50s, including cars, guns, language and atmosphere.
Miss: Could feel a bit repetitive at times.
Need: Unsure.