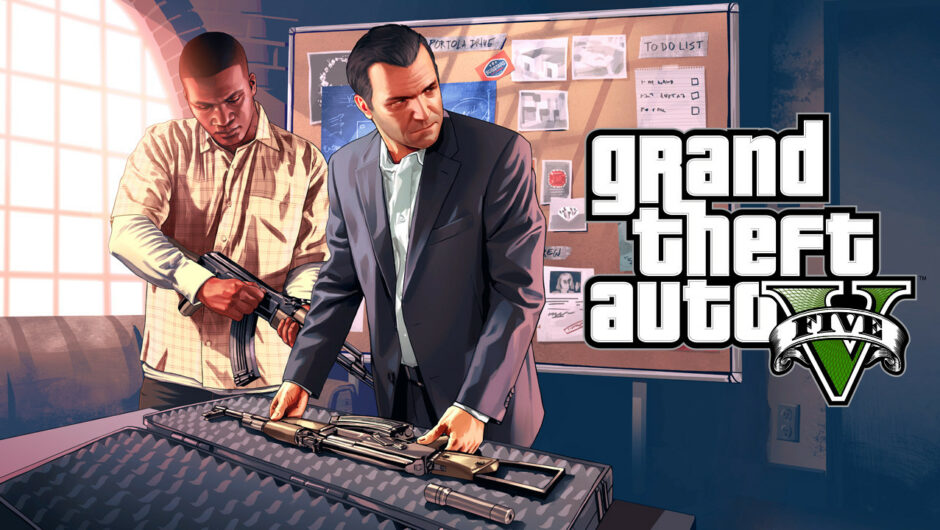 At this point we’ve recieved a fair bit of information regarding GTA V – and we are getting close to the release date. See you at opening night?

This is my 15 reasons of looking incredibly much forward to this game, beginning with the lowest ranked.

The biker gang known as The Lost from the DLC “The Lost and Damned” might be involved in some story segments in GTA V. We know from the coverage the game has gotten at various media outlets, including screenshots, that Trevor Philips (one of the playable characters) will be having interactions with the gang. I am pretty sure I saw Johnny (the playable character from the DLC) getting yanked out of a van in one of the trailers.

Pretty low on the list since we have seen multiplayer before in the GTA games. I am still looking forward to what Rockstar Games might do with the online in terms of ideas and challenges. Nothing has been announced yet, beyond a very short clip in the latest trailer.

Low on the list as this may not have been seen in the GTA series before, but it has been happening in other games. You can hire the person to help with a mission, you might otherwise have problems with. The more expensive, the better.

It is not essential to this series with realistic car handling and major drifting when driving, but this still does reach the list as it’s an interesting focus from the team.

We know from earlier games that Rockstar Games likes to add a lot of stuff to experience the world beyond the main story, including golf, car chases and manhunt. This time there’s gonna be even more – for example you will be able to choose your own golf club. I expect us all to get blown away by the details.

Unseen details and rich life below the surface is gonna be included this time. I look forward to go treasure hunting, watching sharks and other life. I think we need to be cautious around sharks tho…

Your characters will have abilities. Franklin are good at driving, Michael with weapons and Trevor is the madman of the trio.

8: The playable characters have life

When you change between the characters, you will notice they are doing different things while not being the active character; they move around the city, have pastimes and interactions with the cityfolk. Changing to Franklin might take you straight into a car chase, and Trevor might be drunk as a skunk when you take over, and Michael may take you straight into family life.

San Andreas is the only game in the series offering tuning – until now. Slap some paint on, change the vinyls and make the motor stronger. Let’s hope Rockstar is giving us the option to save these cars, as I wouldnt be using money or time on a car I could easily lose during a mission or police chase.

Rockstar Games added a lot of life to the game, by adding random events as we know from Red Dead Redemtption. It spans over stuff such as a thief stealing someones bag and you can chase them down, or help a stranger away from paparazzi or enemies.

You will encounter animals throughout the game no matter if you are in the city or in the desert. Someone walking their dog, a cat sitting on the fence, and if you are outside the city, there will be deers and wild cats, and as I mentioned, there is underwater wildlife.

You will be able to purchase property, including businesses. A cab company was shown as an example during a showing. Will it be possible to call a cab for fast travel? Likely.

2: Each of the characters has their own economy

You need to handle each of the characters money, split the reward from a heist, and how to get them to prosper. Personally I consider trying to run Michael to bankruptcy and make Trevor filthy rich just to see what would happen.

The bank robbery in GTA IV was so popular that Rockstar Games decided to expand on this. You can even make decisions during the planning which includes in the preparation missions. Question is what will you do? Go quietly, fool everyone and get away unseen or kick the door in, guns blazing and scare them all?